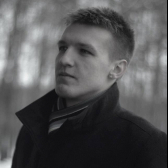 Hello, dear customers
I'm back. Sorry for this very late update. I had really busy year - jobs,  education and family stuff did not give me enough time for this.
I promise to be more active this year and to add an update each month at least.
I can assure that this project never be forgotten or abandoned. I was available to answer to all your questions on website and on all other contacts.
Stay tuned for all upcoming updates and news.

There are no reviews to display.